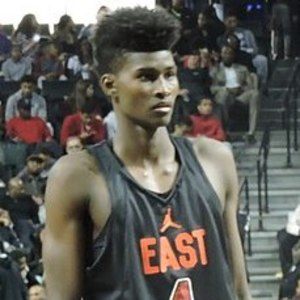 Forward who was drafted 6th overall by the Orlando Magic after playing one year of college basketball with the Florida State Seminoles.

He announced his intention of being the first American to jump from high school straight into the NBA since 2005 in 2016, but 4 days later he re-committed to playing for the Seminoles.

He was raised alongside five siblings by his mother Jackie Allen.

He became teammates with fellow forward Aaron Gordon upon joining the Magic.

Jonathan Isaac Is A Member Of