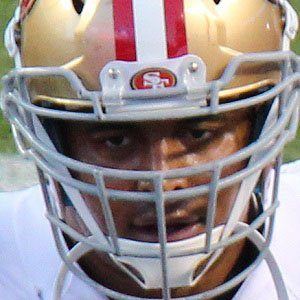 Offensive tackle who made his NFL debut in 2012 for the Miami Dolphins after a successful collegiate career at Stanford University; drew attention from the media after leaving the Dolphins in October, 2013 because teammates - namely guard Richie Incognito - were hassling and mistreating him.

He was educated at Harvard-Westlake School in Los Angeles, California.

He was a two-time All-American at Stanford.

He was born to C. Augustus Martin, a criminal justice scholar and professor, and Jane Howard-Martin, a lawyer for Toyota.

He blocked for star quarterback Andrew Luck at Stanford.

Jonathan Martin Is A Member Of