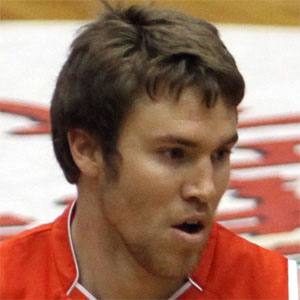 Undersized guard known for his deadly outside shot; played collegiately at Indiana University and made his professional debut in 2013 after signing with the Polish team Energa Czarni.

He led Bloomington High School South to an undefeated season and Indiana Class 4A IHSAA state championship his senior year.

He turned down an offer from Purdue to play for Indiana, which as a lifelong Hoosiers fan was a dream come true for him.

He was born to Joni and J.C. Hulls.

He played for head coach Tom Crean at Indiana University.

Jordan Hulls Is A Member Of