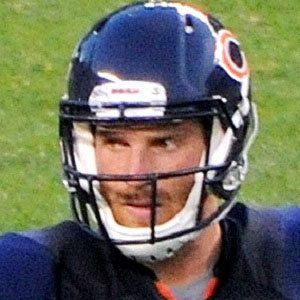 Dual-threat quarterback who played for Northern Illinois University from 2009-2013.

He attended Mt. Carmel High School, where he was a three-year varsity player, and two-year starter.

At the time of his graduation, he held the NCAA quarterback record for most rushing yards in a game and in a season.

In 2013 he finished third in the Heisman voting, behind winner Jameis Winston.

Jordan Lynch Is A Member Of