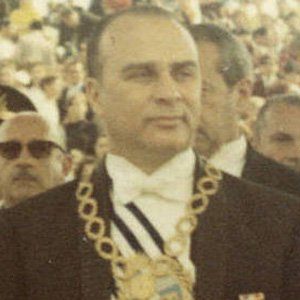 Politician who was the President of Uruguay from 1967 to 1972 and spent much of his term fighting an urban guerrilla group known as the Tupamaros.

He got his start in politics in the 1950s, after he decided to join the Colorado Party.

Prior to becoming the President, he also served as the 6th Vice President of Uruguay.

He was from a family of politicians, including his grandfather, Ricardo Areco, a well-known and respected politico in Uruguay.

He and poet Jules Laforgue were two of the most prominent figures to emerge from Uruguay.

Jorge Pacheco Areco Is A Member Of