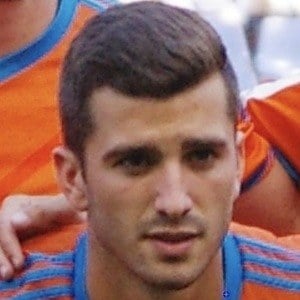 Pro soccer player who plays as a left back for the Valencia CF and the Spanish National Football Team. He played in more than 100 competitive matches for Valencia CF and has earned over 20 caps for his time with Spain.

He played his first professional match at the age of 17.

Gayà was bumped up to starter for Valencia in 2014 and scored his first professional goal that same year.

He was born in Pedreguer, Spain.

José Luis Gayà Is A Member Of