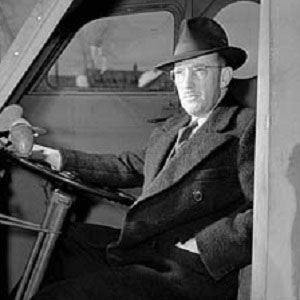 Remembered best for inventing the snowmobile, Bombardier produced and marketed his invention through his Bombardier, Inc. organization and later produced aircraft and trains through the same company.

When he was just nineteen years old, he established his own automotive repair shop.

In the late 1930s, a Quebec highway (autoroute) was named in his honor.

A native of Valcourt, Quebec, Canada, he later lived in and/or operated businesses out of Roxton Falls and Sherbrooke, Quebec.

He and radio entrepreneur Reginald Fessenden were both Quebec-born inventors and entrepreneurs.

Joseph-Armand Bombardier Is A Member Of