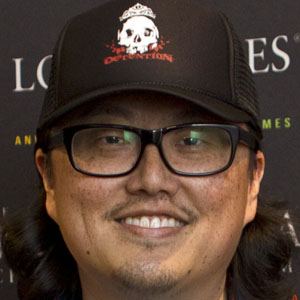 Director of music videos and feature films such as Torque starring Martin Henderson. He has worked with artists such as U2, Lady Gaga, Shakira and Janet Jackson. He has directed several Taylor Swift music videos.

He briefly attended New York University's Tisch School of the Arts; he dropped out a year later to pursue music.

He co-founded his own production company called SuperMega Media.

He was born Ahn Jun-hee in Busan, South Korea; he and his family moved to Jersey Village, Texas, when he was three.

He directed the comedy horror film Detention with Josh Hutcherson.

Joseph Kahn Is A Member Of