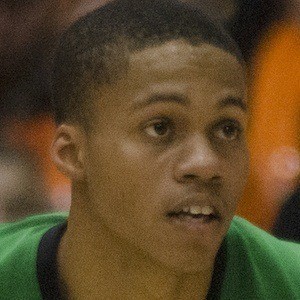 Basketball player who became an All-Conference USA selection at Houston University before transferring to the University of Oregon in 2013. He previously attended Yates High School, where he led the team to a perfect 34-0 record.

He scored 43 points during the T-Mobile Invitational championship game and was named the game's MVP.

His father, Michael, was also a star player at Houston University whose jersey was retired by the school.

He and Luke Ridnour both played basketball at the University of Oregon.

Joseph Young Is A Member Of