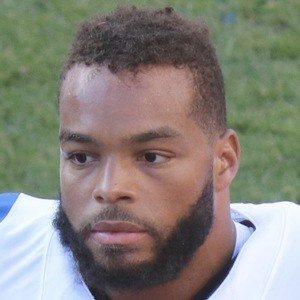 NFL linebacker who signed with the Indianapolis Colts in 2013 after serving two years in the U.S. Army.

He led the team in sacks his senior season at Clear Lake High School.

His parents are George and Cecillia.

He was a finalist for the 2011 Lott IMPACT Trophy, which was eventually won by Luke Kuechly .

Josh McNary Is A Member Of