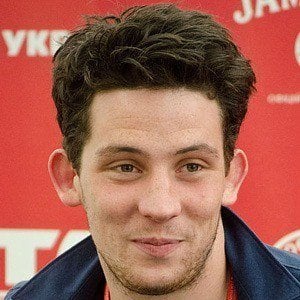 British actor from the 2016 film Florence Foster Jenkins whose other film credits have included God's Own Country, The Program, Cinderella and The Riot Club.

He trained at the Bristol Old Vic Theatre School.

He booked roles in the TV shows The Durrells in Corfu, Ripper Street and Peaky Blinders.

He is from Cheltenham, England. His parents' names are John and Emily. He is the middle child with two brothers.

Meryl Streep played the title role in the film Florence Foster Jenkins in which he appeared.

Josh O'Connor Is A Member Of