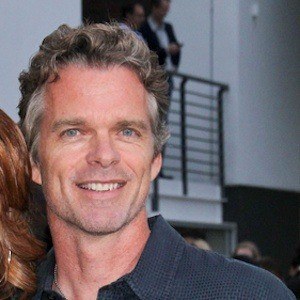 Actor most famous for his longtime role as Peter Riggs, R.N. on the Lifetime hospital drama Strong Medicine. He has also had recurring roles on such shows as Babylon 5, Perception and Nashville.

He graduated from the Actor Training Conservatory at S.U.N.Y. Purchase College, where he was classmates with actors like Edie Falco.

He made his directorial debut on the "Unorthodox Treatment" episode of Strong Medicine in 2006.

He married actress Wendy Braun, with whom he has sons named Blake and Decklan.

He co-starred with Rosa Blasi on Strong Medicine for seven years.

Joshua Cox Is A Member Of