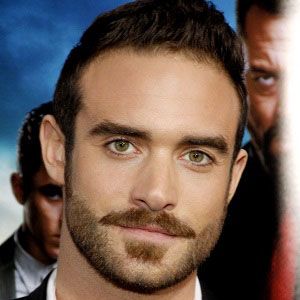 Known best for his title role in the ABC musical television series Galavant and for his recurring role as Alec Laszlo in the British and Canadian police series Rogue, Sasse is also notable for his portrayal of Sergei in the 2012 feature film Frankenstein's Army.

After studying at the Cygnet Training Theatre and at Hurtwood House College, he made his screen debut in the 2010 film The Big I Am.

In 2014, he played DJ Jazzy Jeff in three episodes of the comedy series The Neighbors.

He and his sister, Lydia, were born in London to Mary Macauley and Dominic Sasse. He has a son named Sebastian. From 2016 to early 2017, he was engaged to singer Kylie Minogue.

In 2014, he and Timothy Omundson began co-starring in Galavant.

Joshua Sasse Is A Member Of