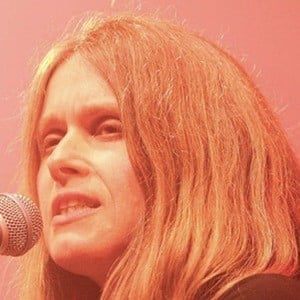 Singer, songwriter, and actress known for her experimental style of music, considered a type of folktronica. Although initially met with negative critics, she has developed a large cult following on an international scale.

During the 1976 Argentinian military coup, her family was forced to flee to Paris for six years. Her artistic development was deeply influenced in this time period, as she was introduced to French radio stations that would play music from around the world.

In 1986, while looking for a job that would give her the time and financial freedom to pursue her music, she auditioned for a role on a sketch program. Three years later, she had her own television show, Juana y sus Hermanas.

Her father is tango singer Horacio Molina, and her mother is actress Chunchuna Villafañe. She has a younger sister, who is also a musician.

Will Oldham and David Byrne are outspoken fans of her music, the later hiring her as the opening act of his 2001 tour.

Juana Molina Is A Member Of