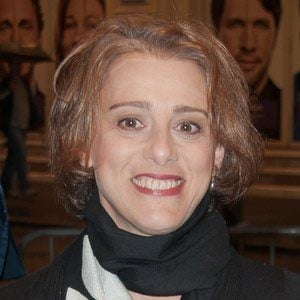 Actress and singer who provided the singing voice for many Disney characters, including Mulan and Pocahontas. She sang the Academy Award-winning song, "Colors of the Wind," for the Pocahontas soundtrack.

She graduated from Oberlin College with a degree in vocal performance in 1981.

Her song "Colors of the Wind" won the Academy Award for Best Original Song.

She married David Schwab and she has a daughter named Anna.

She made a cameo appearance in Enchanted with Amy Adams.

Judy Kuhn Is A Member Of