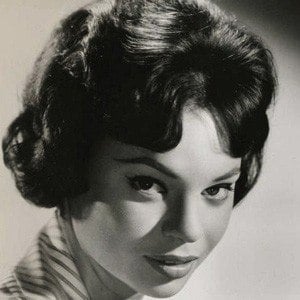 Dancer and actress who was courted by both Frank Sinatra and Elvis Presley. Her films included Can-Can, The Second Time Around, Dingaka, and G.I. Blues.

She danced in a night club in Paris before being discovered.

She was born in India and raised in South Africa.

She starred opposite Sinatra and French actor Maurice Chevalier in the 1960 film Can-Can.

Juliet Prowse Is A Member Of