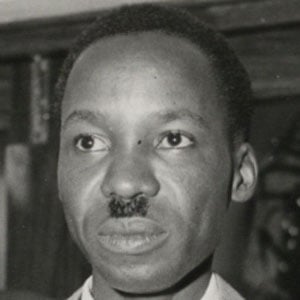 Politician who served as the first President of Tanzania from 1961 to 1985. His tenure in office unfortunately led to a diminished economy, systematic corruption, and unavailability of goods.

He attended Makerere University and the University of Edinburgh before working as a teacher in 1954.

He remained a Chairman of CCM until 1990 after retiring from his presidency.

He married Maria Nyerere and they had seven children.

He was a prominent Tanzanian politician like Paul Bomani.

Julius Nyerere Is A Member Of