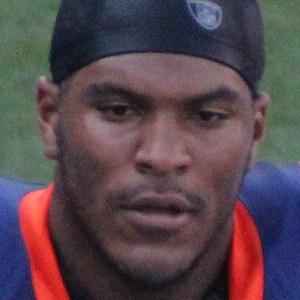 NFL tight end who was a fourth round pick of the Denver Broncos in 2011. He became a favorite target of Peyton Manning's and had a breakout 12-touchdown season in 2013, earning his first Pro Bowl selection. In 2015, he signed with the Jacksonville Jaguars.

He helped the Broncos reach the Super Bowl in 2014 where they were defeated by the Seattle Seahawks.

He was raised with two brothers, Trenton and Marcus.

He and Demaryius Thomas helped Peyton Manning deliver his record-breaking 55 touchdown season in 2013.

Julius Thomas Is A Member Of