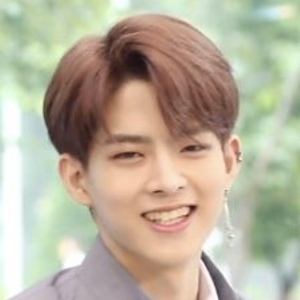 Maknae of the K-pop group Victon who performed as a rapper and vocalist. They released EPs titled Voice to New World, Ready, Identity and From. VICTON.

He trained with Cube and was originally going to debut with Pentagon but withdrew at the last moment.

His group won Model-tainer Awards at the 2017 MAXIM K-Model Awards. They appeared in reality shows called Me & 7 Men, VICTON's Born Identity and VICTON's Prelude to the War.

He has three older sisters.

He trained alongside Lee Dae-hwi of Wanna One.

Jung Su-bin Is A Member Of