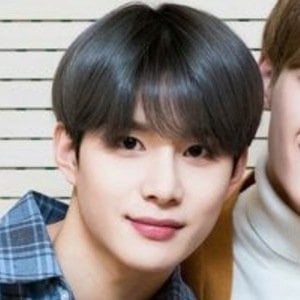 Member of the popular K-pop boy band NCT, more specifically the subgroups NCT U and NCT 127, who was announced as a new member in January of 2018.

He was first introduced as part of the SM Rookies class in April of 2017.

He made his first public appearance in the music video for Super Junior Yesung's "Paper Umbrella."

His real name is Kim Jung-woo, and he is from South Korea.

He and Lucas were both introduced as new members of NCT in early 2018.

Jungwoo Is A Member Of