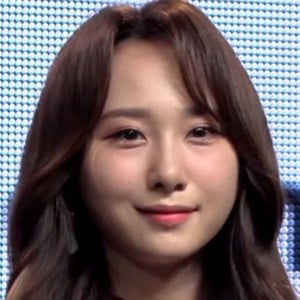 Known mononymously as Juri, she is a Korean-based Japanese singer who performed with AKB48 from 2012 to 2019. She would become the captain of AKB48's Team B before graduating from the group and debuting with the girl group Rocket Punch.

She passed the 12th generation auditions for AKB48 in February of 2011.

In 2018, she ranked 16th on the reality survival series Produce 48. She appeared in various generations of the television drama Majisuka Gakuen.

She was born in Ibaraki Prefecture, Japan.

She and Yeonhee both became members of the girl group Rocket Punch.

Juri Takahashi Is A Member Of