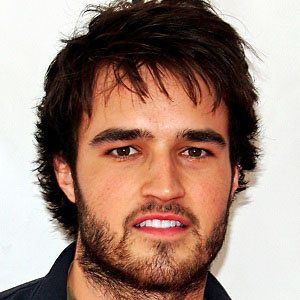 Remembered best for his series regular role as Garrett Wells on ABC's Boston Legal, Mentell was tragically killed at the age of twenty-seven in a traffic accident.

Prior to studying acting at Northern Illinois University, he medaled in speed skating at the Junior Olympics.

He appeared with Aaron Ashmore and Autumn Reeser in the 2007 film Palo Alto.

He was born in Austin, Texas, and raised primarily in Waukegan, Illinois. He died in Mineral Point, Wisconsin, in the early morning hours of February 1, 2010.

Justin Mentell Is A Member Of