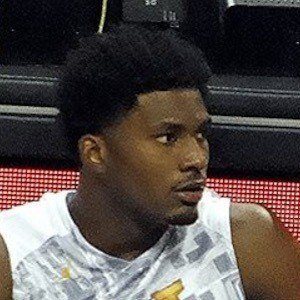 Versatile forward who helped the Duke University Blue Devils win an NCAA Championship in 2015, his freshman season. He was selected 10th overall in the 2015 NBA Draft by the Miami Heat.

He was named a McDonald's All-American his senior year at St. John's School in Houston, Texas.

He scored in double digits in Duke's final five games during their 2015 championship run, including a 21-point, 10-rebound game against Utah in the Sweet 16.

His sister and brother also pursued athletic careers: Bianca played for the University of Houston's women's basketball team, and Josh joined the football team at Dartmouth University. Justise's father Rickie Winslow had a distinguished collegiate basketball career at the University of Houston and went on to play briefly for the Chicago Bulls before continuing his basketball career in Turkey. In 2021, he and his partner Kristina Escobar welcomed a son named Niko.

He was part of a 2014 Duke freshman class that included star center Jahlil Okafor.

Justise Winslow Is A Member Of