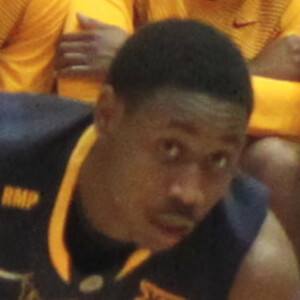 Point guard who had a breakout 2013-14 season with the University of West Virginia Mountaineers, making the Big 12 All-Defensive Team. Standing at 6'1", he has been considered one of the best defenders and rebounders in the country for his size.

He became known as an excellent student, making the Garrett Ford Academic Honor Roll and the Big 12 Commissioner's Honor Roll.

His parents are Billy and Cecilia Staten.

He and Quinn Cook were both star players at Oak Hill Academy.

Juwan Staten Is A Member Of