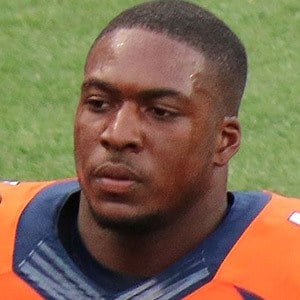 Professional football running back who was signed by the Denver Broncos as a free agent after not being selected by any team in the 2014 NFL Draft. He scored two touchdowns against the Chargers in a Thursday Night Football game in 2014.

He played college football for Duke University from 2010-13.

He became a Super Bowl champion when the Broncos defeated the Carolina Panthers in 2016.

His parents' names are Ramona and Justin.

He was coached by Gary Kubiak while he was a member of the Broncos.

Juwan Thompson Is A Member Of