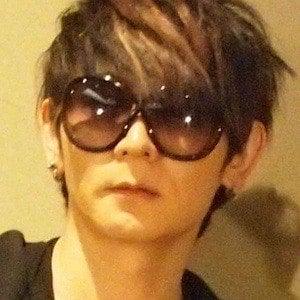 Guitarist and songwriter who has performed as part of the groups Oblivion Dust, hide with Spread Beaver and Vamps.

Before joining Oblivion Dust in 1996, he performed as a guitarist with groups called Gemmy Rockets and The Lovers.

His birth name is Kazuhito Iwaike and he hails from Yamanashi Prefecture, Japan. He has a sister who also played the guitar.

He began performing alongside Hyde as part of Vamps in 2008.

K.A.Z Is A Member Of