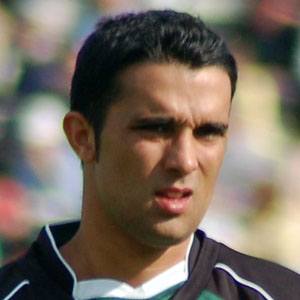 Right-handed batsman who played for Worcestershire from 1999 to 2010, began representing England in ODI's in 2003.

He was awarded the NBC Denis Compton Award for the most promising young Worcestershire player in 2000.

He put up the best innings of his career in 2003 against Derbyshire just days after the unexpected death of his nephew.

He is the first cousin of cricketers Kadeer Ali and Moeen Ali.

He and James Anderson both represented Lancashire in county cricket.

Kabir Ali Is A Member Of