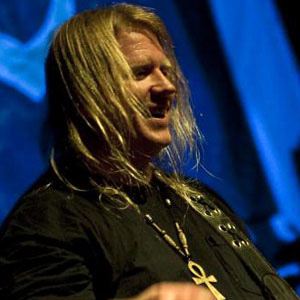 Guitarist and founding member of the Egyptian-themed technical death metal band Nile and is endorsed by Dean Guitars.

He had the unique vision to combine ancient Egyptian aesthetics with death metal music.

He started a solo side project because he had a lot of musical pieces that he had written that could not be used by Nile.

He grew up around Greenville, South Carolina.

He and Adam Darski's band Behemoth collaborated on the song "XUL."

Karl Sanders Is A Member Of