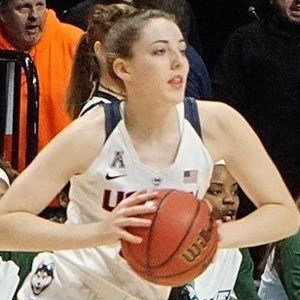 Explosive guard/forward who rose to fame on the UConn women's basketball team. She became the ESPNW Freshman of the Year 2015-16 and was part of the AAC All-Tournament Team and AAC All-Freshman Team in 2016. She became the 2015 WBCA National Player of the Year.

She played basketball for Mater Dei High School and was recruited by UConn in 2015.

She was a member of the USA Today All-USA and All-California first teams.

She was born in Fullerton, California to parents Jon and Karen. She has two sisters named Bonnie and Karlie.

She and Breanna Stewart were both All-Star players for UConn.

Katie Lou Samuelson Is A Member Of