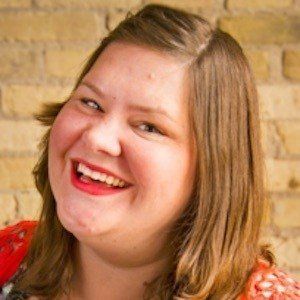 Foodie and cooking instructor who rose to fame as a contestant on the sixth season of FOX's MasterChef, a show judged by Gordon Ramsey and Graham Elliot.

She was working as an administrative assistant in Milwaukee, Wisconsin when she joined the cast of MasterChef.

After college, she spent six months teaching English in Japan.

One of four daughters, her parents would let the girls experiment with meals in the kitchen.

She competed against winner Claudia Sandoval on the sixth season of MasterChef.

Katrina Kozar Is A Member Of