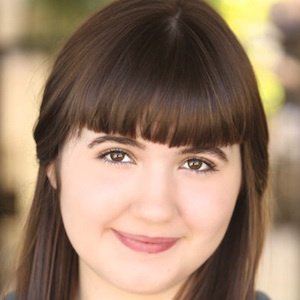 Film and television actress most well known for her appearance as Stephanie in the 2014 film Comet. She has also been seen as the recurring character Wendy in the Nickelodeon series Marvin Marvin.

Before making her acting debut, she joined Twitter in 2010, posting the first tweet "It's actually a compliment to be mocked for being different. They never pick on the mediocre."

In 2013, she made an appearance in the show Stage Mommies.

Though she was born in Dallas, Texas, she and her elder three siblings were raised in a small town.

She was cast alongside Karan Soni and Kathryn Newton in the 2016 comedy Mono.

Kayla Servi Is A Member Of