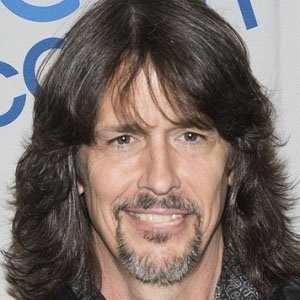 Heavy metal vocalist who is the fourth lead singer for the band Foreigner, the group best known for the single "I Want to Know What Love Is."

He started his career with the band Hurricane in 1984.

He released one album with the duo Perfect World before joining Foreigner in 2005.

He has been romantically linked to singer Dyna Shirasaki.

Kelly Hansen Is A Member Of