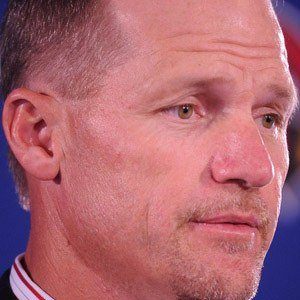 NFL coach who led the Arizona Cardinals to Super Bowl XLIII; took over as head coach of the Tennessee Titans in 2014 after one season as offensive coordinator for the San Diego Chargers.

He played college football at Georgia Tech and later had an NFL career for 3 different teams.

He served as offensive coordinator for the Pittsburgh Steelers as they captured Super Bowl XL in 2006.

He raised a son and daughter with his wife Alice.

Kurt Warner helped lead his Cardinals team to the Super Bowl in 2009, but they lost to Pittsburgh 27-23.

Ken Whisenhunt Is A Member Of