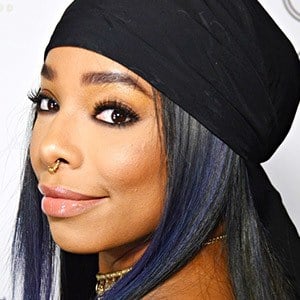 American hip-hop and rock singer who recorded numerous viral hits such as "Voices," "Lay You Down" and "I'm Not the One." She began posting modeling shots and behind-the-scenes pics on Instagram for her 60,000 followers.

She uploaded her first live performance to YouTube in April 2016.

She was featured on the Black Hollywood Live interview show The Beat in May 2017.

She's infused a combination of rap and rock into her music like George Ragan and Charlie Scene.

Kendall Lake Is A Member Of