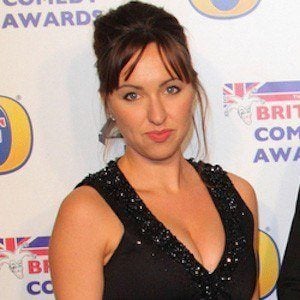 BBC Actress widely known for her roles in Him & Her, Reggie Perrin, and Give Out Girls. Chiefly concentrated in comedy, she can also be remembered for appearing in the "Feed My Funny" comedy sketches with Lucy Corfield.

In 2003, she graduated with her bachelors in drama from Edge Hill University.

She made her first major film debut in the 2013 comedy I Give It a Year.

She was born in Yeovil, Somerset to Dave and Ninette Howard. She has a twin named Daniel and is the younger sister of comedian Russell Howard. She married Gabriel Vick in 2012 and had their son Wesley two years later.

In Him & Her, she starred alongside fellow actors Russell Tovey and Joe Wilkinson.

Kerry Howard Is A Member Of