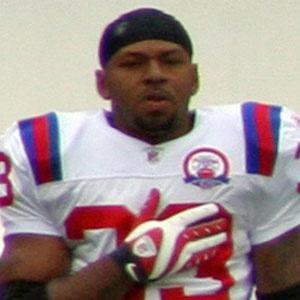 Franchise player with the New England Patriots who won three Super Bowls and was named to the franchise's 50th Anniversary team.

He was an All-American running back at Louisiana State University, becoming one of the team's top rushers of all time.

In only his second season in the NFL, he showed his versatility on a trick play, throwing a 23-yard pass to quarterback Tom Brady.

He grew up in Lafayette, Louisiana. He had three children with his wife Latisha, whom he married in 2000. His cousin is NFL running back Marshall Faulk.

His SEC record of 6,833 all-purpose career yards stood for a decade until it was broke by Tim Tebow in 2009.

Kevin Faulk Is A Member Of