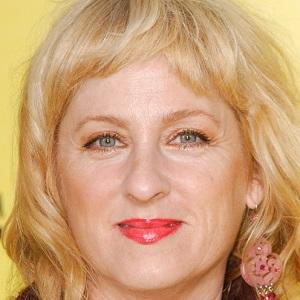 Became known as Lucy Moran, the object of rivalry in the Twin Peaks Sheriff's Department, in the TV series Twin Peaks.

Trained professionally as a ballerina, she turned to acting in the early 1980s, with roles in The Last American Virgin and Bad Manners films.

Twin Peaks directors recognized her comedic talent early on, and encouraged her to ad-lib some lines, which became used in the final version of the show.

David Lynch and Mark Frost were the co-directors of Twin Peaks, a groundbreaking series that launched her to fame.

Kimmy Robertson Is A Member Of