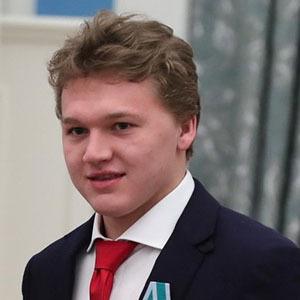 Left wing who was drafted by the Minnesota Wild in 2015 and was immediately considered one of the top prospects in the team's system. After being drafted, he became a standout player for Russian teams like Salavat Yulaev Ufa and CSKA Moscow.

He grew up in a town near Novokuznetsk, Russia. He played his first hockey games as a member of the team the Kuznetsk Bears.

He won a gold medal representing Russia at the 2018 Winter Olympics.

He has a brother named Anton.

He was teammates with Pavel Datsyuk on the Russian Olympic Team.

Kirill Kaprizov Is A Member Of