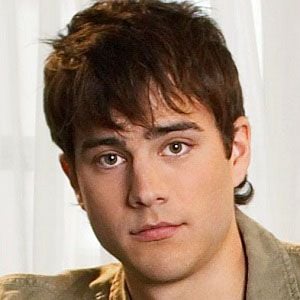 Canadian actor most famous for his role as Jamie Andrews on the popular teen drama series Instant Star. He has also landed lead roles in films like Everybody's Doing it and Brotherhood III: Young Demons.

He was born in Winnipeg, Manitoba and starred in A Midsummer's Night Dreams while in high school. He later received a Theatre degree from the University of Winnipeg.

He received a Dora nomination for his work in a production of Two Weeks, Twice a Year at Toronto's Lorraine Kimsa Theatre for Young People.

He previously dated actress Leah Pipes. He is an only child.

He co-starred with actress Alexz Johnson on Instant Star.

Kristopher Turner Is A Member Of