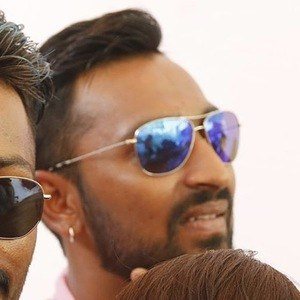 All-rounder who began playing domestic cricket for Baroda in 2012 before making his Indian Premier League debut with the Mumbai Indians in 2016. He bats left-handed and bowls slow left-arm orthodox.

He fell in love with cricket after his father took him to the stadium in Vadodara, India. He got his start training at the cricket academy of Kiran More.

In his debut IPL season, he was named Man of the Match in victories over Royal Challengers Bangalore and the Delhi Daredevils.

He is the older brother of cricketer Hardik Pandya.

He has been teammates with Mitchell Johnson on the Mumbai Indians.

Krunal Pandya Is A Member Of