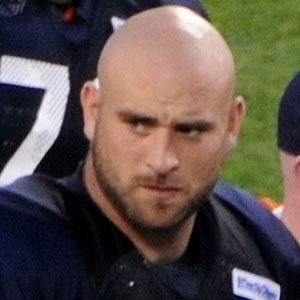 Offensive lineman from a family of star football players, he made his NFL debut in 2013 for the Chicago Bears.

He played football at Florida State, Saddleback college, and the University of Oregon, before being selected in the 1st round of the 2013 draft.

In his rookie year he made the Pro Bowl, as well as NFL.com's All-Rookie Team.

His father is Hall of Fame football player and analyst Howie Long.

His older brother Chris Long was the 2nd overall pick in the 2008 NFL Draft by the St. Louis Rams.

Kyle Long Is A Member Of