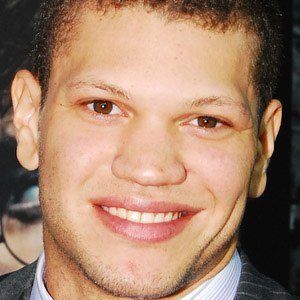 Right winger who began his NHL career with the New York Islanders in 2007. Earlier that year, he won a bronze medal representing the United States at the World Junior Ice Hockey Championships. He signed with the Buffalo Sabres in 2016.

He was born in Saint Paul and played college hockey at the University of Minnesota.

He was named MVP of the Clark Cup playoffs in 2006 while playing for the Des Moines Buccaneers in the United States Hockey League.

He suffered a concussion as a result of a check by Dion Phaneuf in September 2009.

Kyle Okposo Is A Member Of