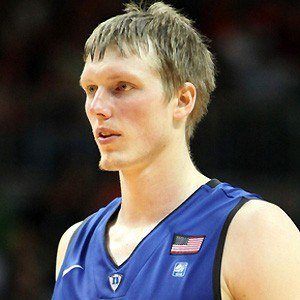 NBA guard/forward who played 4 years of college basketball at Duke University before being drafted by the Detroit Pistons.

He won an NCAA National Championship in 2010 with Duke.

He led his South Medford High School basketball team to its first-ever state basketball championship in 2007.

His father Ed played Quarterback at Oregon State and his mother Kris Brosterhous played college basketball at the same school.

He began playing alongside forward/center Greg Monroe in 2012 on the Detroit Pistons.

Kyle Singler Is A Member Of