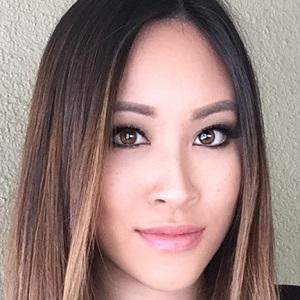 Long-time segment reporter for Made in Hollywood and host of the Emmy-nominated Made in Hollywood: Teen Edition who also often appears live on KCAL 9 News as a Made In Hollywood correspondent to talk about movies. She is an official movie critic and a member of the Broadcast Film Critics Association.

Born and raised in Southern California, she attended the prestigious Troy High School, a math and science technology magnet school. After high school, she went on to receive a Bachelor's degree in business marketing from California State University, Long Beach.

She started her career in show business when she was just 4 years old. As a professional child actress, she booked national commercials, voice-over work, print work, and TV acting roles, co-starring in episodes of hit series such as ER, The Wayans Brothers, 7th Heaven, and The Parent Hood for which she received a Young Artist Award nomination.

Her father Clifford Mar is a police captain and assistant chief and her mother Carole Mar is the Connection 3 Entertainment supervising producer. She has one older brother named Garrett.

Kylie Erica Mar Is A Member Of