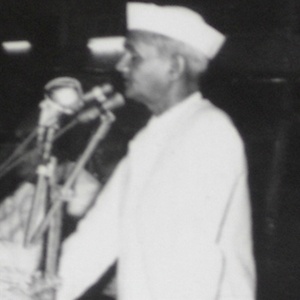 Second Prime Minister of India from 1964 to 1966 who was a loyal follower of Ghandi's teachings. His popularity stemmed from India's victory in the Indo-Pakistan War of 1965.

He graduated with a degree from Kashi Vidyapeeth, where he as given the title of 'Shastri,' meaning 'scholar.'

He was known for being a secularist who favored peaceful relations with Pakistan.

He had five children, all of whom ended up becoming politicians in Congress.

He was Prime Minister of India, like Atal Vajpayee was after him.

Lal Bahadur Shastri Is A Member Of