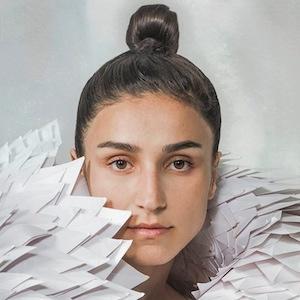 Swedish singer-songwriter whose international hit single "Some Die Young" remained at #1 for 8 straight weeks in Norway. The song earned her Grammis nominations for Song of the Year, Composer of the Year, Pop Artist of the Year, and Lyricist of the Year.

She began writing poems and songs when she was 6 years old. She was playing the guitar and piano by the time she was 13. While still a teenager, she began attracting the attention of record labels.

She was born in Bandar-e Anzali, Gilan, Iran and remained there only for a year before fleeing to Azerbaijan. She then went to Minsk and finally settled in a refugee camp in Tidaholm, Sweden when she was 9.

Laleh Is A Member Of