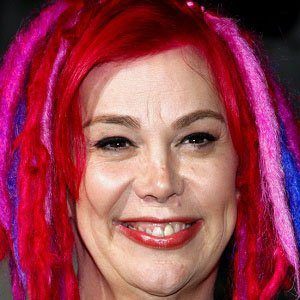 Writer and director alongside her sister Lilly Wachowski who is best known for creating The Matrix trilogy. She and Lilly also directed Speed Racer, Cloud Atlas and Jupiter Ascending.

She was born Laurence Wachowski and began undergoing gender transitioning in the early 2000s. Her full transition was revealed in 2008.

She was born in Chicago to a mother, Lynne, who was a nurse and painter and father, Ron, who was a businessman. In addition to Lilly, she has two other sisters named Julie and Lauren. Her uncle is actor Laurence Luckinbill.

She and Lilly wrote and produced the Natalie Portman starring film V for Vendetta.

Lana Wachowski Is A Member Of