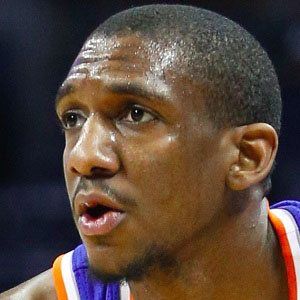 6'2" guard who won First-Team All-Atlantic 10 honors as a college player at Saint Joseph's University and was named the team's MVP three times. He made his NBA debut as a member of the New York Knicks in 2015.

He was named District 7 1-A Player of the Year twice while attending Christian Life Academy in Baton Rouge, Louisiana.

He finished his career at Saint Joseph's as the leading three-point shooter in school history with 343 three-pointers made. He was also second in scoring behind Jameer Nelson.

His parents are Larry and Jeralyn Galloway. His uncle is Geoff Arnold, who was an assistant coach during his time at Saint Joseph's. In June 2016, he married Sabrina Stansberry.

Langston Galloway Is A Member Of