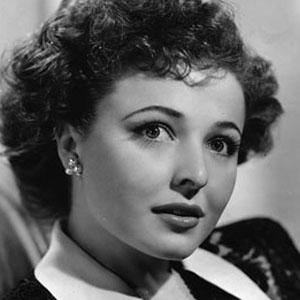 MGM star of the 1940s who played nurse Mary Lamont in a series of Dr. Kildare movies. Although MGM used her for mostly B-movie roles, while on loan to other studio she got to star in several Alfred Hitchcock and Cecil b. DeMille films.

After acting on stage with the Long Beach players, she got a bit in a 1937 film, and from there received a contract with MGM.

She played Eileen Daly in the 1939 film Sergeant Madden.

She was born the daughter of a powerful Mormon family in Roosevelt, Utah, and moved with the family to California at an early age.

She was married to renowned baseball manager Leo Durocher from 1947 to 1960, giving her the nickname The First Lady of Baseball.

Laraine Day Is A Member Of