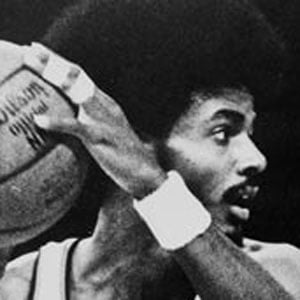 Center who is known best for being the number one overall pick in the 1972 NBA Draft.

He attended Loyola University Chicago, where he earned his draft spot by outplaying many of the nation's brightest stars.

His career lasted from only 1972-1976, and he spent each season with the Portland Trail Blazers.

He spent the latter half of his career as teammates with Bill Walton.

LaRue Martin Is A Member Of